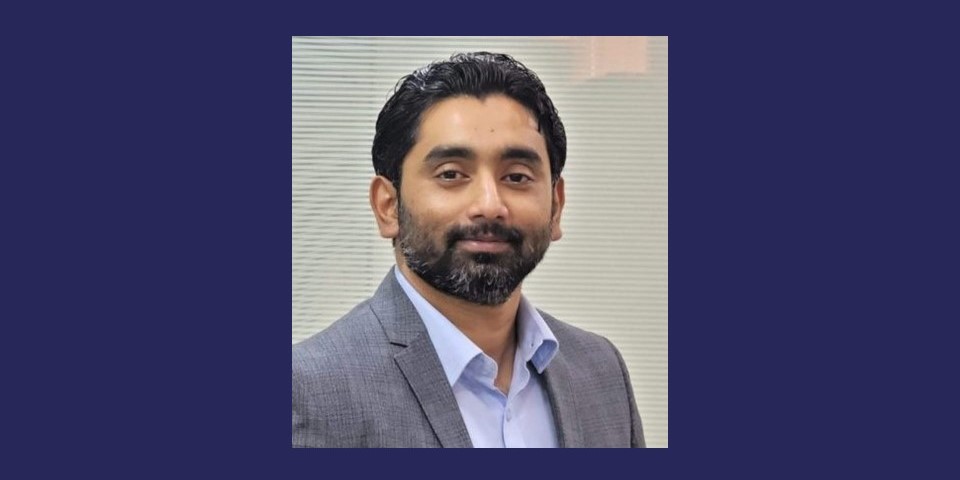 Mohammad Mahbub Sobhan is an experienced professional with more than 16 years of knowledge in the world of DFS, MFS, telecommunications, and agent banking business. As the Head of Agent Banking under Digital Financial Services in The City Bank Limited, his primary objective is to reach out to the unbanked population where conventional banking services have not been able to penetrate and offer financial solutions. He has also worked as the Head of M-Commerce, General Manager, Commercial in bKash Limited to develop a sustainable “Payment Eco-System” by enriching a solid merchant base and attractive payment mechanism. Mahbub is a member of our Community of Practice team in Bangladesh and one of our latest CDFP graduates to grace us with his extensive experience.

Mahbub’s contribution to the expansion of agent networks is highly commendable. He has ensured that many rural customers who were previously unbanked or underbanked are financially included. Through this, Mahbub is converting agent banking outlets to a local payments hub where customers can get several services such as bill payments, digital health care insurance purchase, government stipend disbursement, and general banking services, including loan disbursement. He is passionate about digital payment and hopes one day to develop a sustainable digital payment eco-system where people will use digital financial transactions in their daily life. The focus should not just be on metro areas, but it should also cater to rural areas. Mahbub is driven by how the digital and mobile finance industry has accelerated and provided benefits to the Bangladeshi people. He is proud to be a part of the industry that extensively works to change people’s behaviour to move towards a cashless economy to include the unbanked.

During his time at bKash, he often had an urge to understand the industry better. This resulted in a search of academic institutions that offered DFS, MFS and Banking Digitization courses. He found that the CDFP journey was in line with the knowledge and skills he wanted to further his career. Most importantly, the courses provided extensive knowledge on best global practices for DFS. His colleagues studying with DFI solidified that this is the best financial institution for him to invest in.

He completed his Certified Digital Finance Practitioner journey with a focus on the technology stream. In Bangladesh, E-KYC is a recent initiative from the regulators to open Bank or MFS account. He was the core member of The City Bank Limited in the pilot project. The knowledge gained from the Digital Identity course contributed to the success of the project. Mahbub is now focusing on on-boarding of unbanked rural customer of the country to benefit from the banking services through E-KYC. By combining work and academic experience of DFS and distribution, he has built a strong agent banking network across the nation which is now providing various digital finance and conventional banking services focusing on the unbanked population in Bangladesh. The most enjoyable course for Mahbub was Leading Money Markets. In LDMM, he got to know the best practices around the world, especially in India and China, which shaped his view on DFS. The course was an eye-opener that introduced him to the endless possibilities of DFS. Most importantly, the quizzes, assignments, special challenges and cross-country report preparations challenged him to keep going. DFI’s interactive platform helps students exchange their country experiences with one another.

As per Mahbub, “the entire CDFP journey is based on very practical examples of the industry around the world, yet it also provided references and study materials. One of the most important aspects was the access to world-renowned subject matter experts and personal coaching to make sure you get the best experience as a student.”

He found that the Community of Practice is very beneficial for course takers. Apart from successful networking, it also provides a platform for students to support each other in comprehending the course material, sharing experiences, and assessing each other’s performance. The education sector is catching up with the idea that digital finance can be a subject too, so he is proud to recommend any course hosted by DFI. According to Mahbub, “If we search for good study materials and professional courses worldwide, DFI is one of the leading institutions offering professional development to its students”.

In Bangladesh, there are still a huge number of people who are unbanked or underbanked. When considering personal wealth, these people are at the bottom of the pyramid and constantly trying hard to get on at their feet. For this to happen, they need formal financial institution support. Mahbub plans to bring the marginalised people under the umbrella of DFS by providing a place for them to bank their hard-earned money without the hassle associated with cash. He aims to shift the usual DFS arena of Bangladesh from cash in and out services to payment services. Gathering knowledge and studying best practices around the world is a good place to start implementing these ideas in Bangladesh.

Networking with the industry experts and an immense desire to learn digital finance and the power of its positive impact on people’s lives has made him an integral part of the association. He also hopes to gather further practical knowledge and contribute to his practice. Digital Finance Forum aims to understand what is going on in the digital finance arena of Bangladesh, assist the businesses and regulators in coming to a common platform where they can develop an effective strategic framework for the inclusion of the country’s unbanked population. To convert these initiatives to success, DFFB constantly communicates with industry experts, organises meetings and activities, and supports research works from which everyone is benefitting. The association is already impacting the digital financial arena of Bangladesh. The association has conducted several workshops with leading financial and political figures of the country, and all the participants have agreed on the benefits of digital financial services. The association also is in process of publishing several policy papers, which will act as supporting documents for regulators and affiliated business personnel to develop a common digital finance strategy.

Mahbub feels that DFI is an excellent platform to develop your mindset in the digital finance arena. It helps both seasoned professionals and academics to understand what is happening in the digital finance industry. It is also a great place to connect with industry experts who have a passion for digital finance, Nano lending, Neo banking, and more. He suggests that people interested in digital and mobile finance join the DFI community to form superior professional networks. CDFP certification is slowly gaining popularity among academics and business leaders. The real-life examples, helpful teachers, and staffs make getting quality education fun and worthwhile activity. Since it is internationally recognised, many of the world’s leading organisations are backing it up, and certainly, the certification means you are more than qualified in DFS.

Apart from being introduced to a very strong network of professionals worldwide, this platform has helped him significantly to understand how the DFS evolution is moving around the globe. These industry experiences are very important for the personal and professional development of Mahbub, and it is great to see that DFI has played a big part in his journey.

Need to train your team?